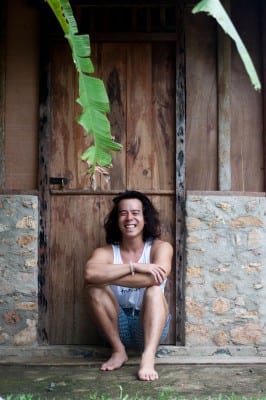 Age: 28
From: Perth, Australia
Job: Yoga Teacher & Coconut opening master
Words to live by: Life moves pretty fast. If you don’t stop and look around once in awhile, you could miss it. – Ferris Bueller
Favorite thing about Sri Lanka: The people and their smiles

What is your yoga background?

I was always under the impression that yoga generally wasn’t really challenging as it was basically just some stretching and chanting. Eventually I was dragged to my first class in 2010 with a friend, which happened to be Bikram hot yoga. It felt like I was trying to run an ultramarathon in a giant pizza oven located in a volcano. My world came tumbling down. After class I eventually came back to life and felt this amazing rush of endorphins. Safe to say I was hooked, yoga is the best high you can get in this world without taking drugs.

I continued practicing for a few years and eventually broadened my horizons and tried power vinyasa which grew my practice exponentially. The more I learned about yoga, the more I realised that it’s not just a physical practice but also a mental practice and a lifestyle. I did my teacher training at the end of 2014 when the opportunity came up. I had always wanted to do it before, but it had never been the right time (hot tip: there’s never a perfect time).

Eventually at the start of 2015 I decided after six years of working in an office that the path I was on wasn’t for me. I respected my bosses and co-workers as they were incredibly smart, but I looked at the lifestyle they had and it wasn’t something I wanted. Looking at them I realised that if I stayed on this path, I would end up exactly where they were in a number of years. Eventually I took the plunge and quit my job. Giving in to wherever the universe takes me. I have been traveling and working since then.

What is your philosophy on yoga?

Yoga is not just trying to stick your feet behind your head in some fancy advanced postures, it’s more of a lifestyle and philosophy. It’s about being present and completely engaged in the task at hand, whether it’s doing asanas, walking, dancing, surfing or breathing.

When did you start surfing?

I started surfing properly when I got here. I had tried a few times before with guys in Indo pushing me into waves and telling me when to stand up but I didn’t really learn anything. I’ve grown exponentially since getting here thanks to the video analysis, surf theory and the rad coaches.

What do you think is the relationship between yoga and surfing? 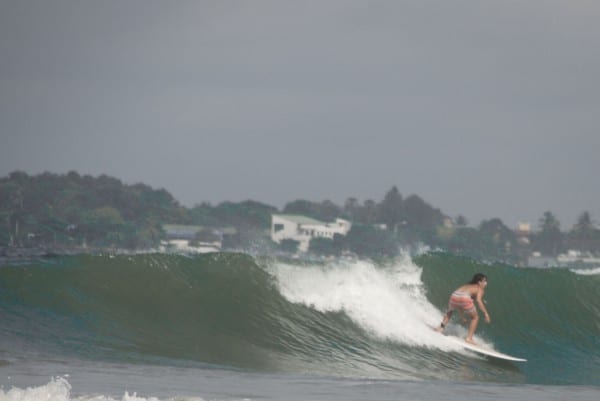 Yoga and surf is a complementary relationship. Both require patience with yourself and with nature. Everyone is at a different point in their life and are physically different when it comes to either activity, so not everyone will see the same results. In yoga your body is different from day to day, hour to hour and minute to minute. Same goes when you’re out in the surf. It’s also humbling to see what surprises nature can throw at you too.

Yoga and surf is a complementary relationship. Both require patience with yourself and with nature. Everyone is at a different point in their life and are physically different when it comes to either activity

What are your favorite parts of working at Sunshinestories?

I love meeting different people, joking around with the local staff and learning about their culture. At the villa I drink too many coconuts and I enjoy fish and chip Friday, prawn-taco Tuesday and Occy the wonder dog.