This place is definately one of the radest places we’ve been to anywhere in the whole the world..

This is the capital of the maya, this is Tikal, a giant city that used to be the biggest and greatest of all Maya cities. At least that’s what scientists believe, no one really knows anything.. And there is lost cities everywhere in the jungle that still haven’t been found yet.

Tikal is so big, imagine a 2000 year old New York.. Only 16 square kilometer is explored and 3000 unique structures found, not all of them uncovered yet.. They estimate the city to be almost 600 square kilometers big with a popolation of 425.000. Can you imagine that many people living together so long ago? There’s still thousands of buildings that are not uncovered or even found yet. This place is so far out in the jungle, and so recently discovered it still almost feels undiscovered.

We decided to go there early morning and put our alarm at like 4AM. That’s even earlier than we get up when there’s a good swell report for the surf, haha.. Since it’s a rain forest there was a thick mist covering the old buildings and there was barely any light coming threw, very spooky. There where little people at this time, so we where walking around almost for oursleves in this huge city. So amazing. We met some people and took a guided tour together, made good friends and climbed temple IV, a 70 meters high temple reaching over all the tries and vegetation overlooking the whole city and the whole flatlands around. The view from up here was aamaazing. We shared some holy water Alex, our new friend had carried around the world, everybody took small zipes and thought about life.. A special moment for sure.

We spent like 6 hours here wandering around getting a feel for how people used to live. We’ve been to some world heritage sites around the world, and this place is definitely one of the most magic unreal places we have ever been to.. The people that used to live here felt so present we felt scared climbing the temples, scared that they would capture us as intruders, torture us and sacrifice us to some god or something. 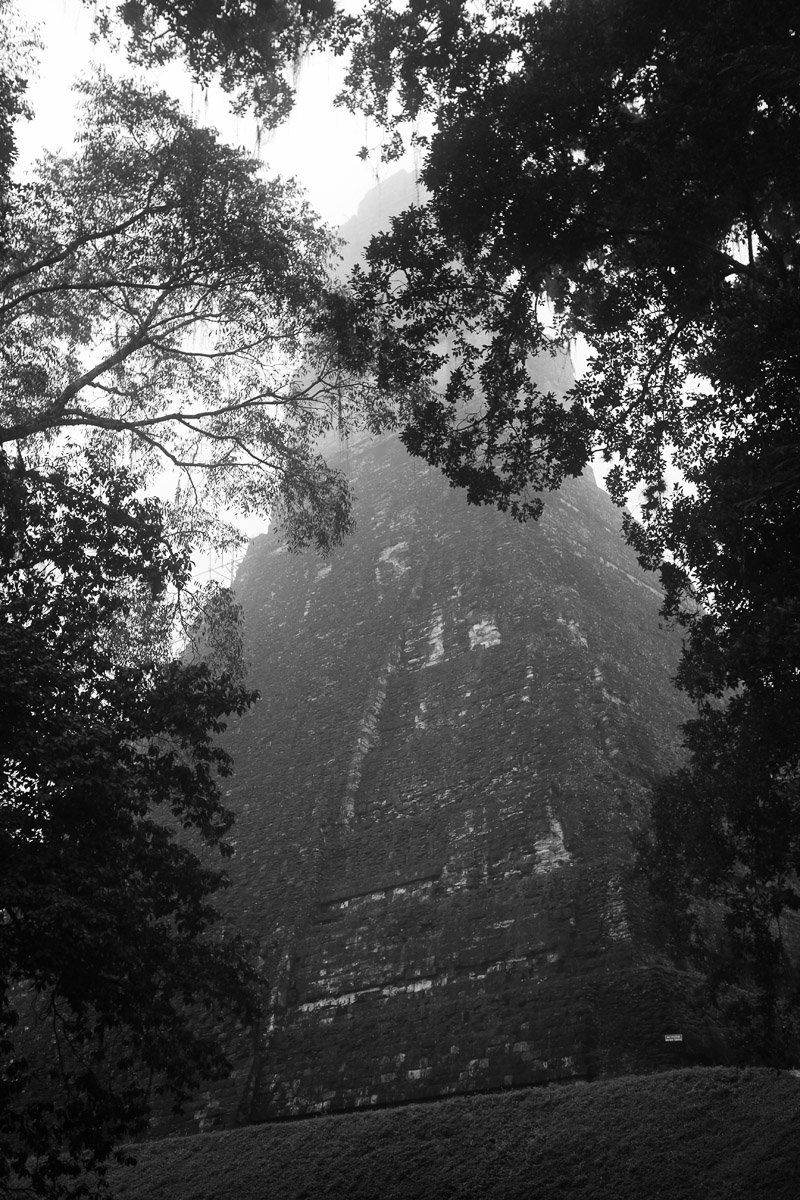 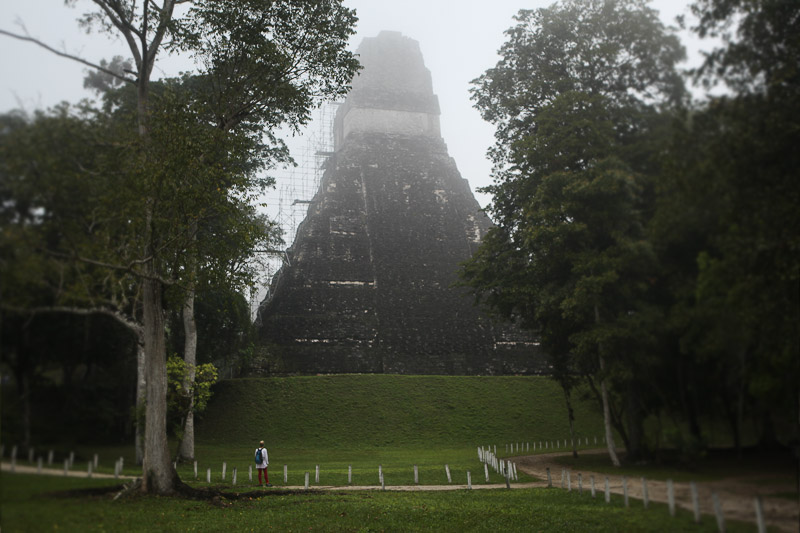 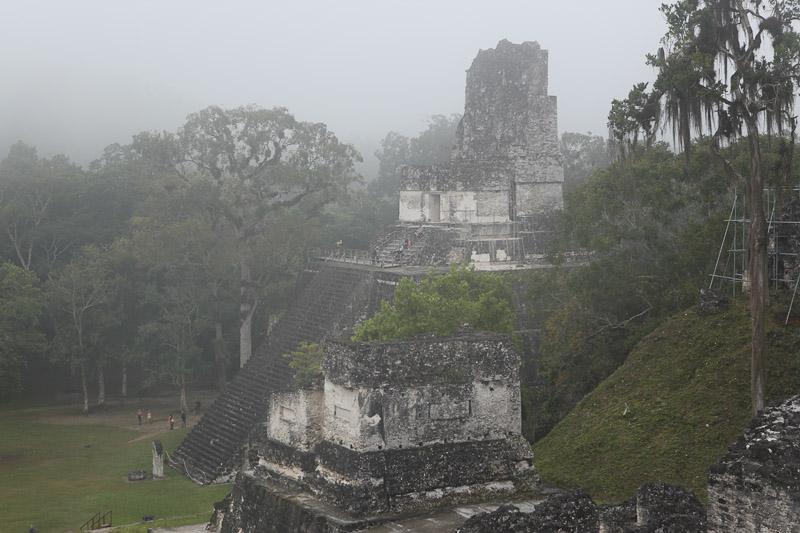 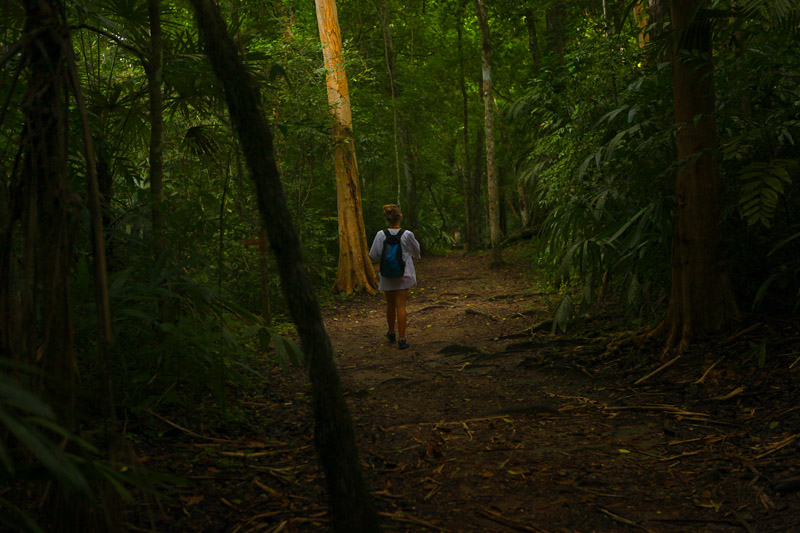 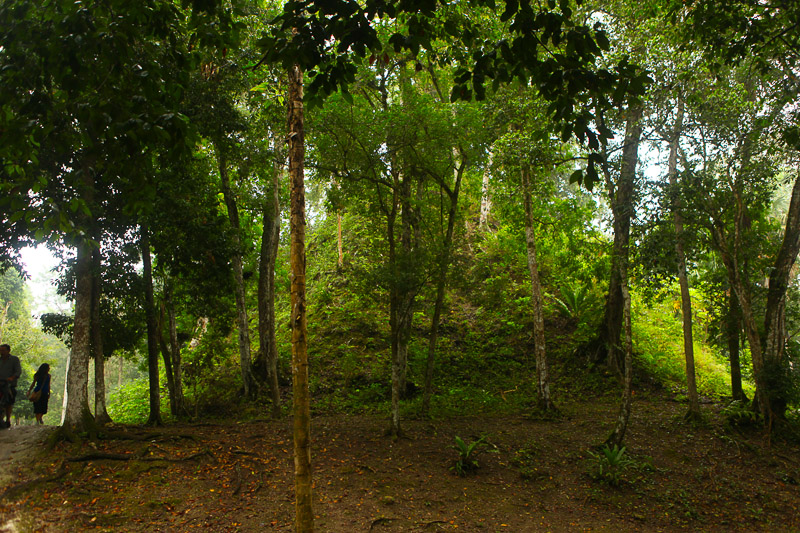 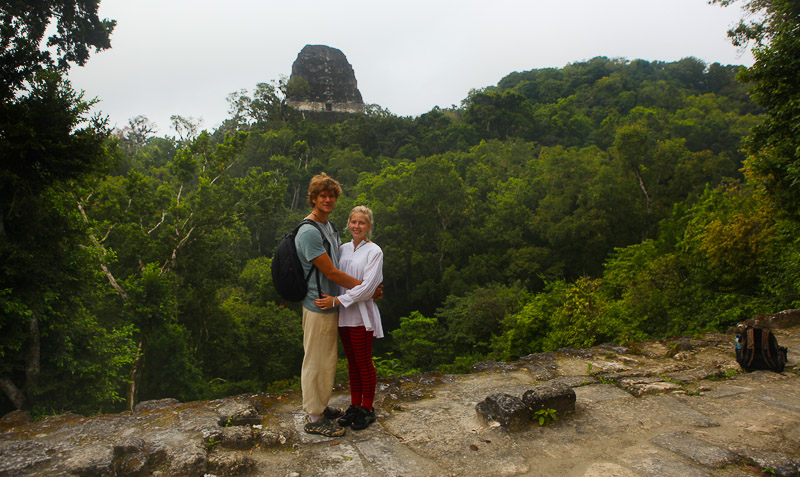 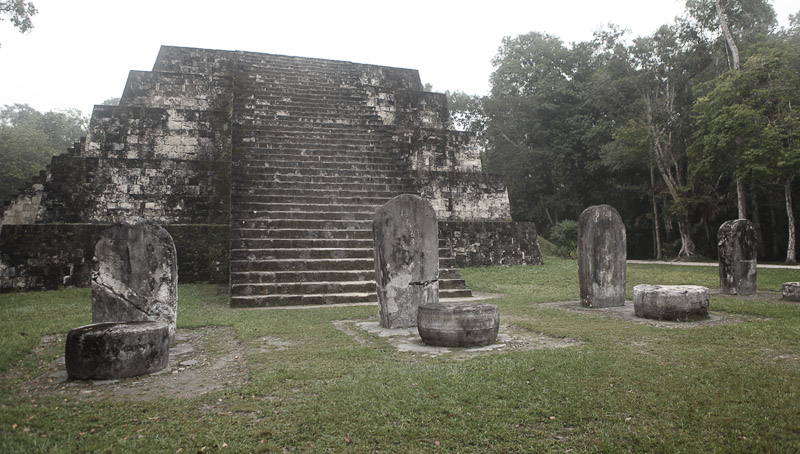 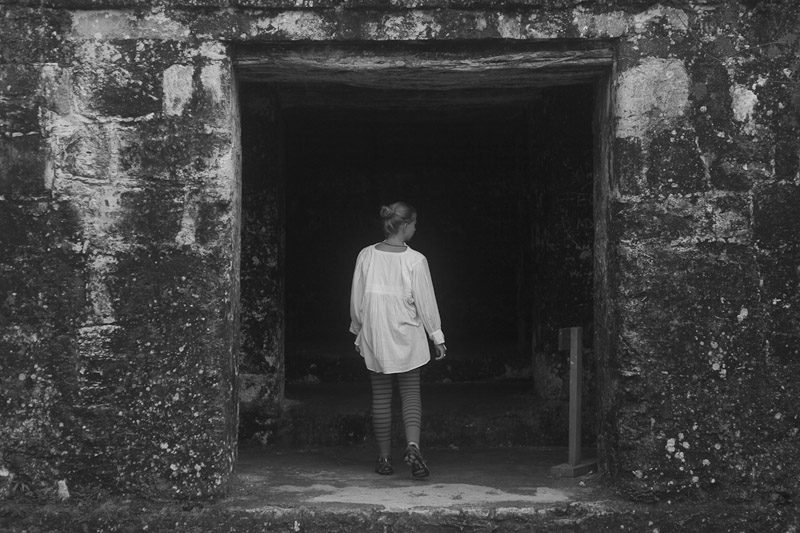 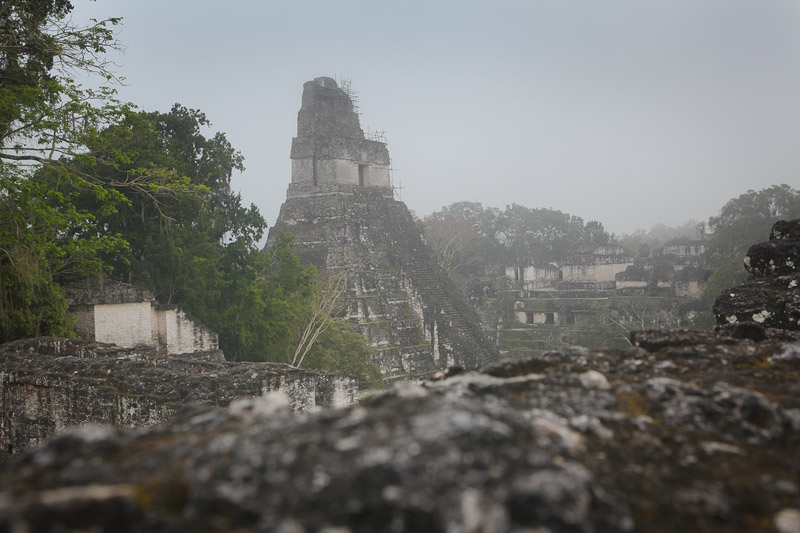 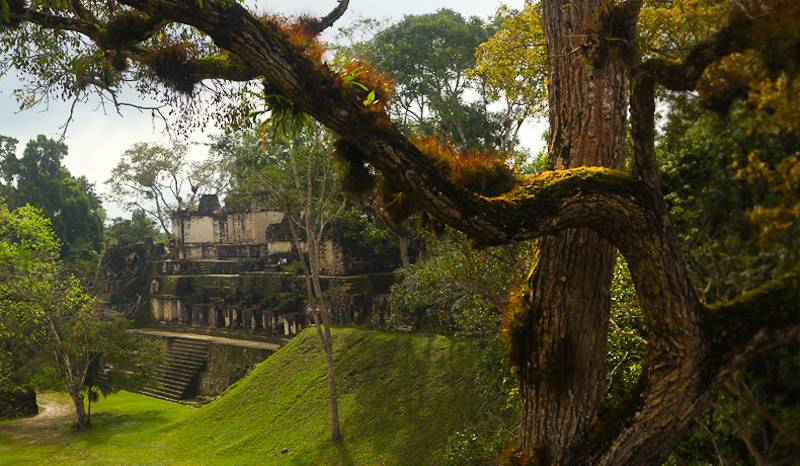 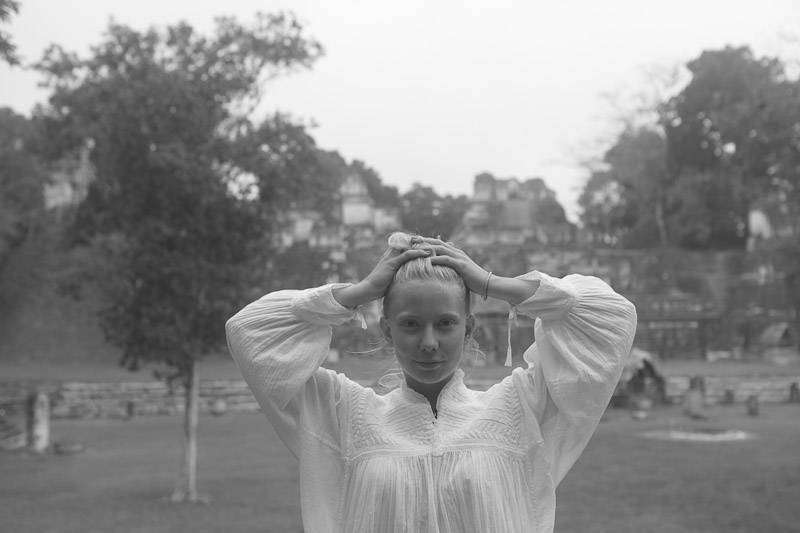 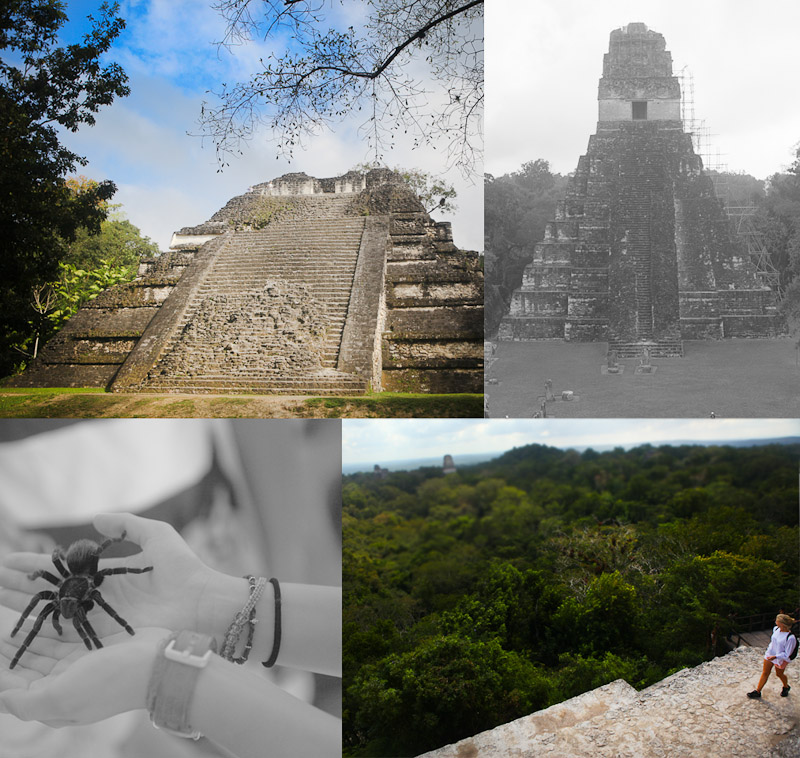 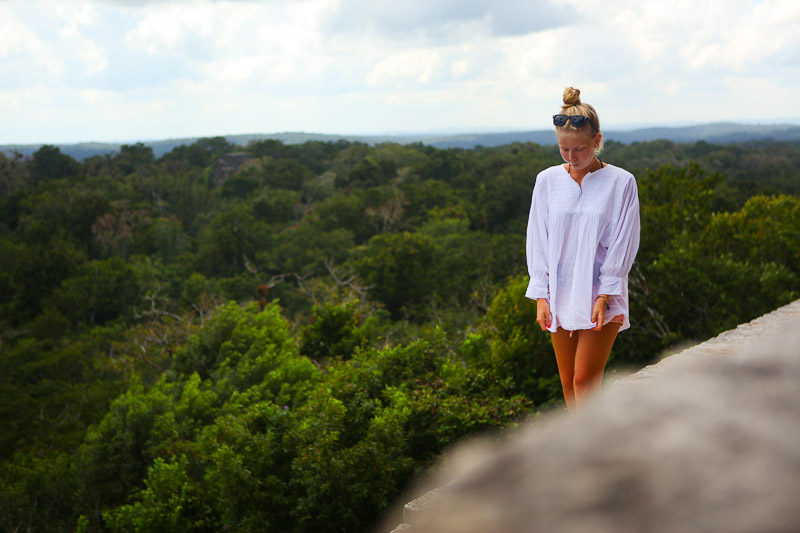 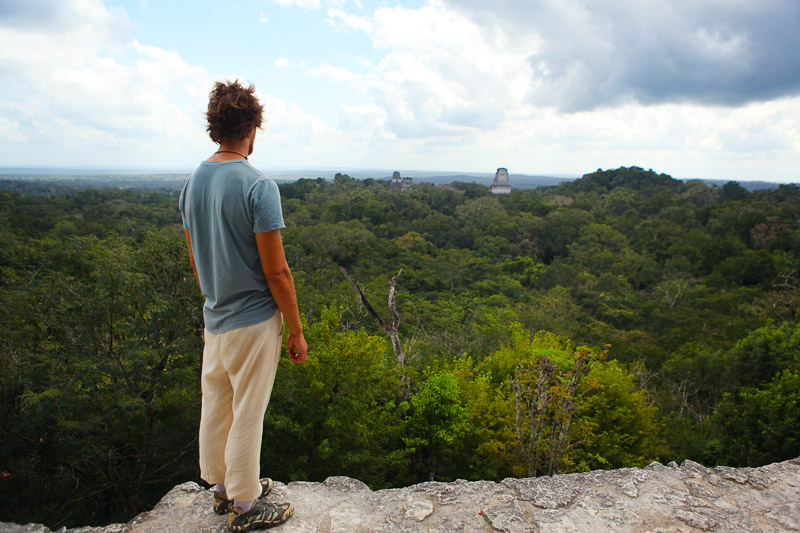 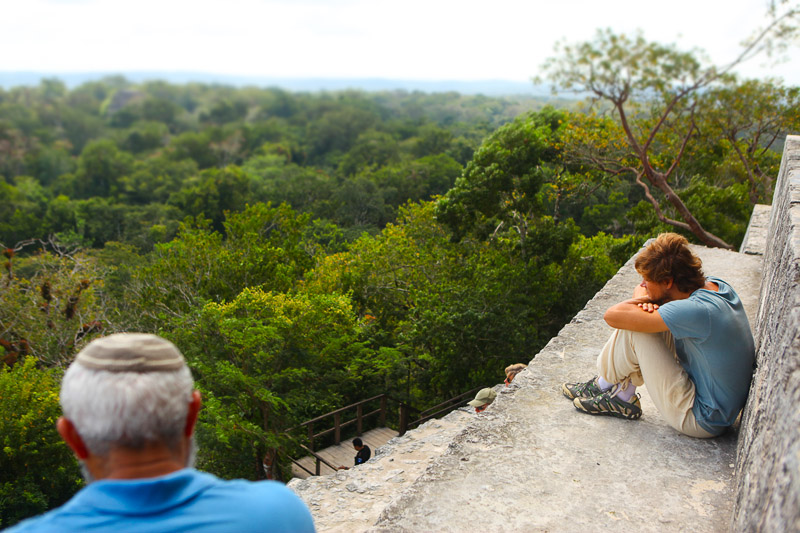 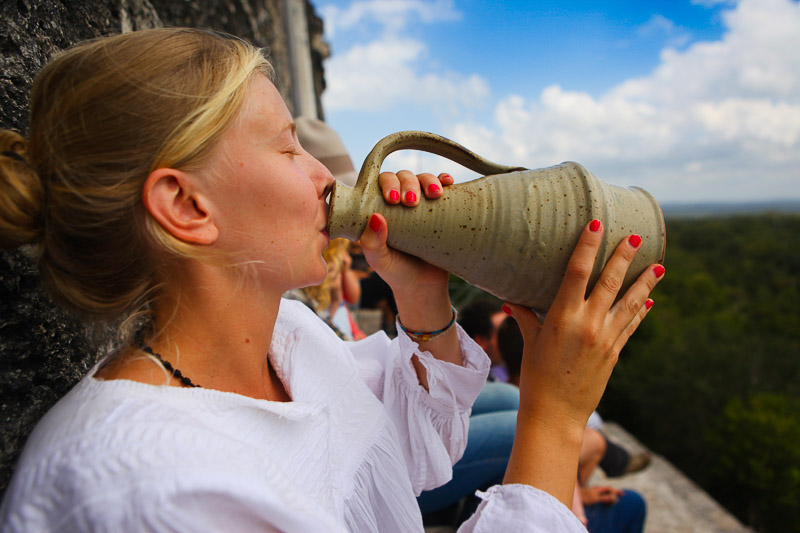 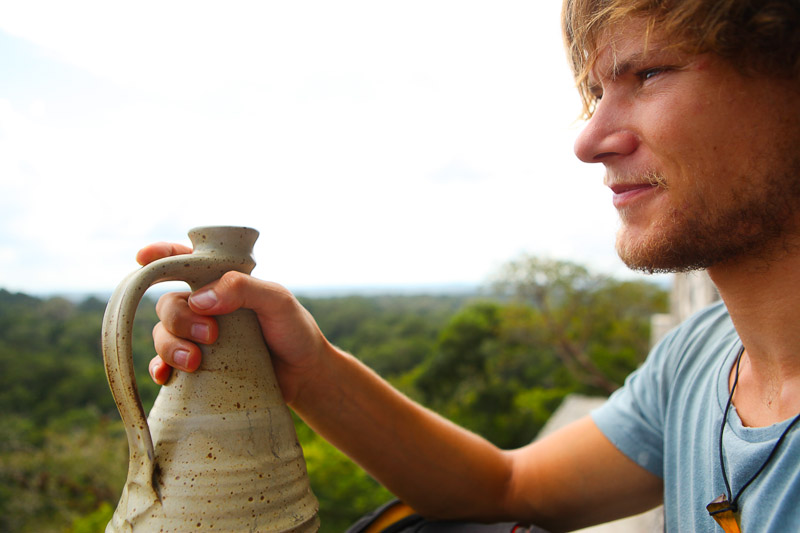 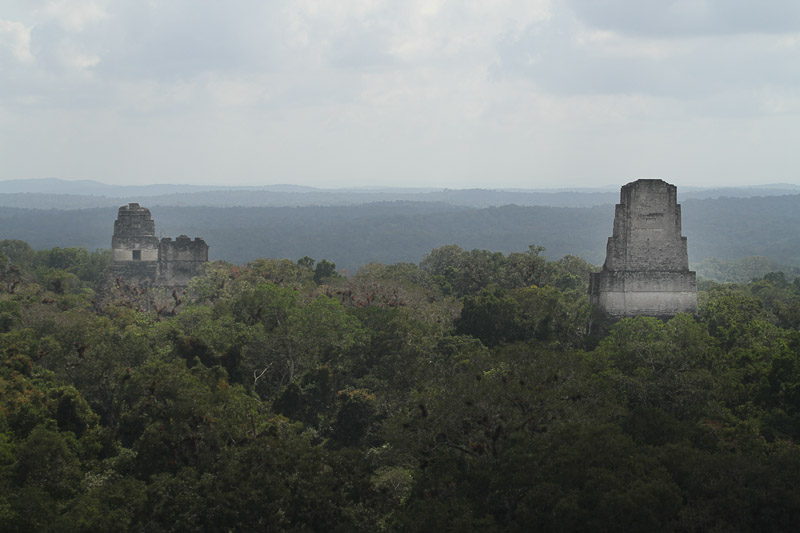 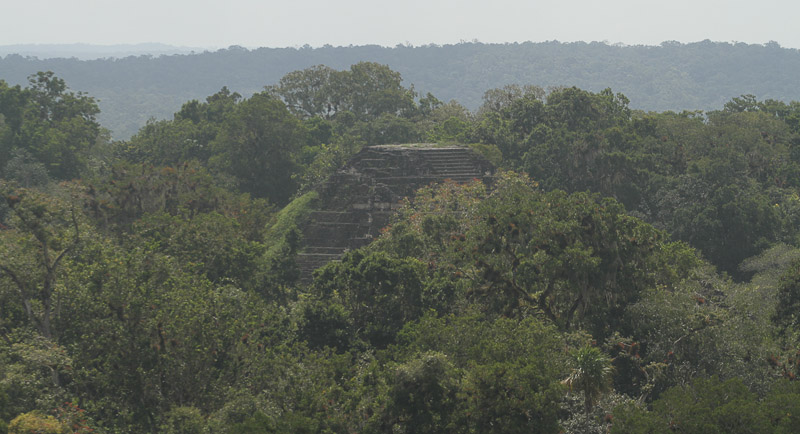 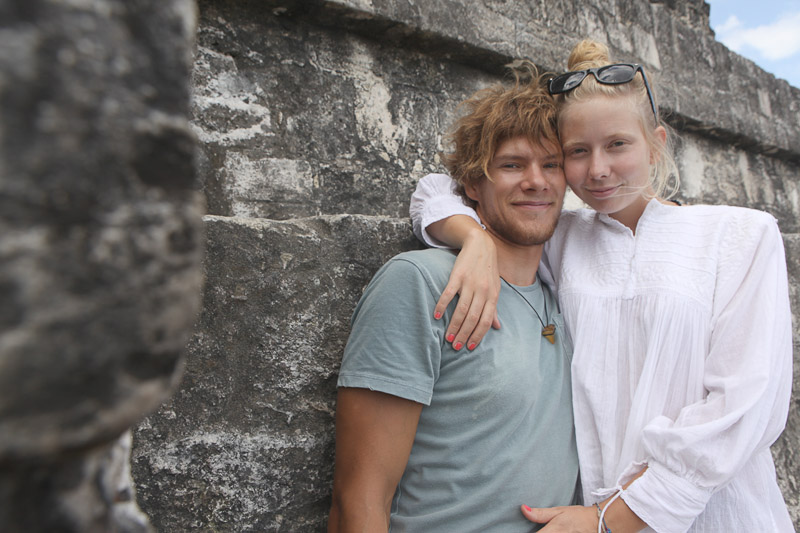 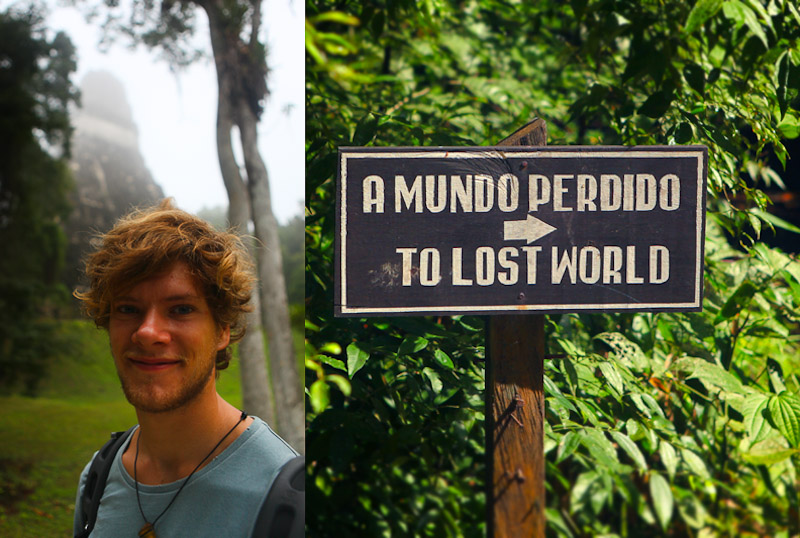 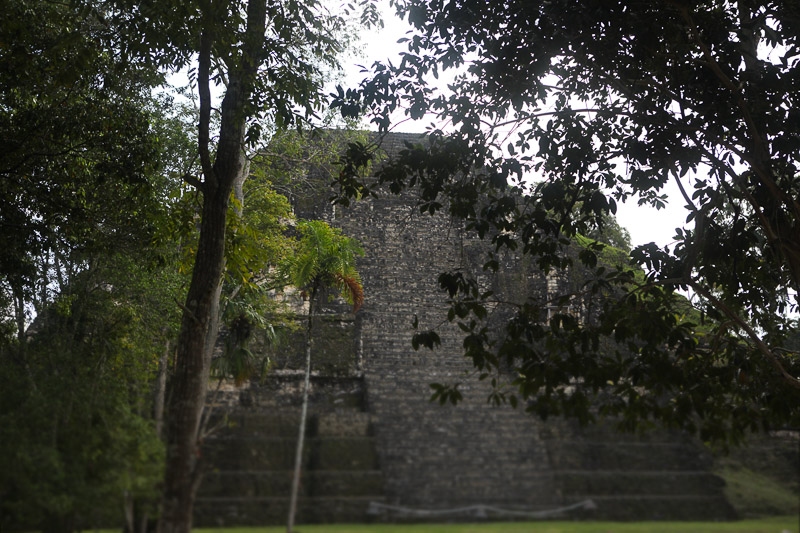 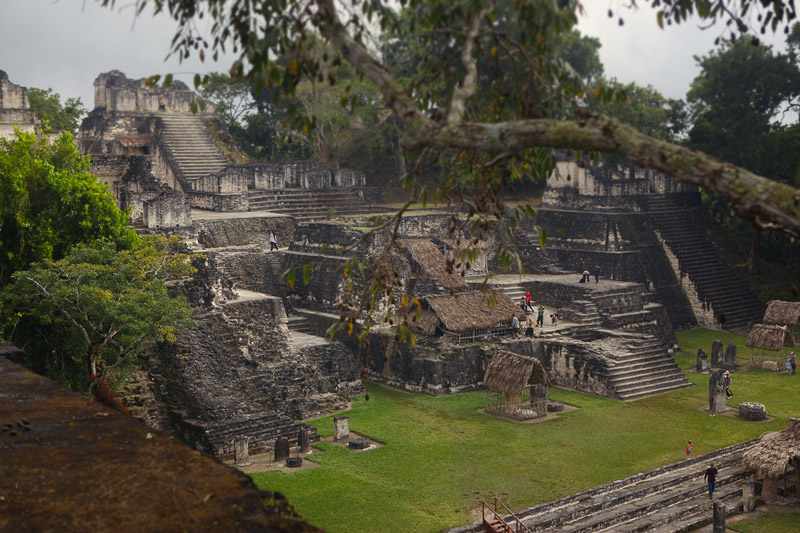 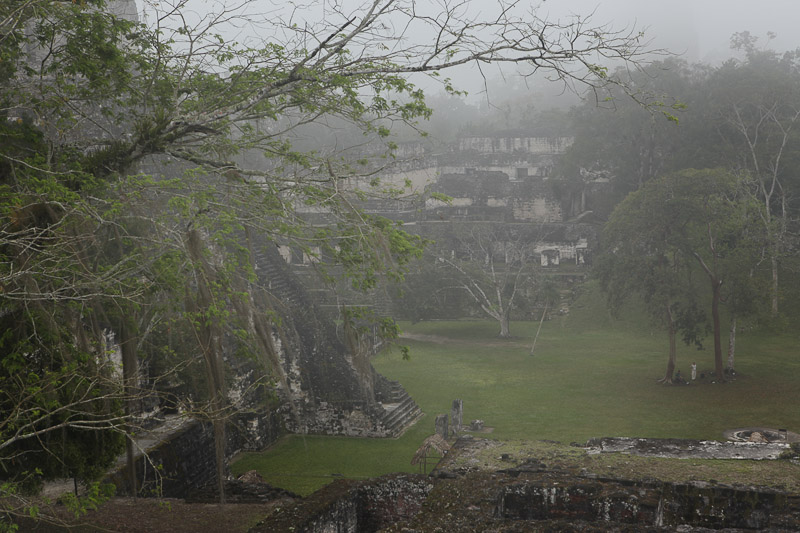 One response to “Tikal”