At Sunshinestories, we’re lucky enough to have some interesting guests come through, sharing their stories and lives with us. This past week we were happy to welcome back a guest that came to stay with us during our very first opening of our retreat. This time, she’s come with a story of her own. What happens when a Swedish scientist decides to change careers to become a potter? We sat down and had a chat with inspiring Stella Brudin who quit her job to pursue her dream. 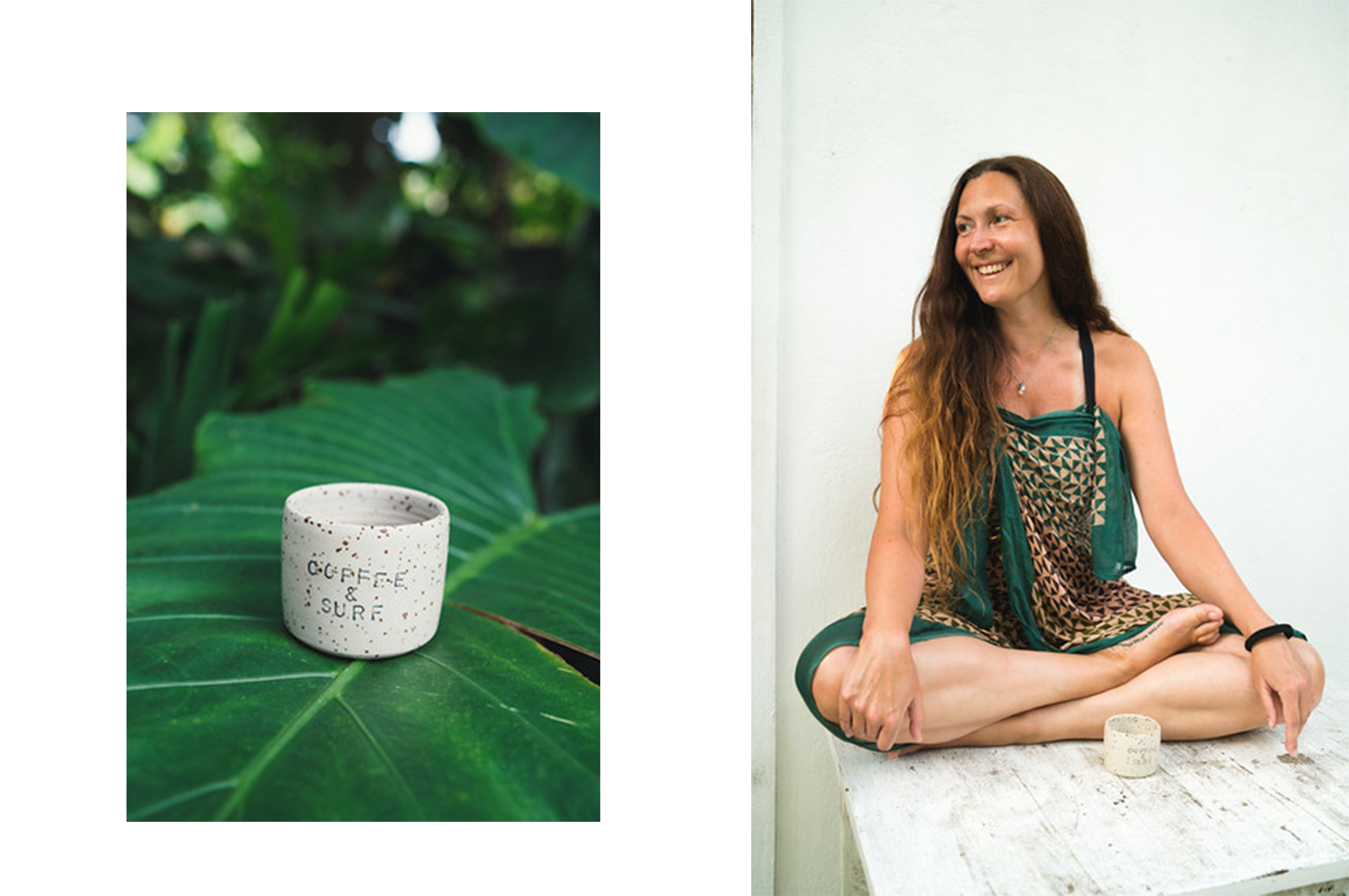 I had initially googled surfing in Sri Lanka, as it is a popular travel destination amongst the Swedish community, and stumbled upon the Sunshinestories blog. I read about their surf lessons, and started to think about coming. The more I read about them, I loved how they started this notion of a young traveling couple that was building up their dream. The thought was endearing, plus the warm weather was a draw as well. I also learned that their surf coach at the time was Nick. Having heard of his teaching before, I went ahead and booked my stay!

I had first surfed in France. I’ve always loved the ocean and swimming. I got my first taste of surfing and couldn’t stop. It’s now my fourth time in Sri Lanka, and second time here at Sunshinestories. Sri Lanka has become kind of hyped up lately in Sweden. On this trip, I’ve definitely noticed many more Swedish people. Maybe because it’s so close, even sometimes 13 hours if you get a good flight.

I got my first taste of surfing and couldn’t stop. It’s now my fourth time in Sri Lanka, and second time here at Sunshinestories.

I thought Sunshinestories was a really personal experience. You could feel it had its own feel, like it’s own stamp mark. They’re a small, private company with a sense of home and comfort feeling. For me, it was the perfect place to come and relax, chill, and surf in Sri Lanka.

I thought Sunshinestories was a really personal experience. You could feel it had its own feel, like it’s own stamp mark. 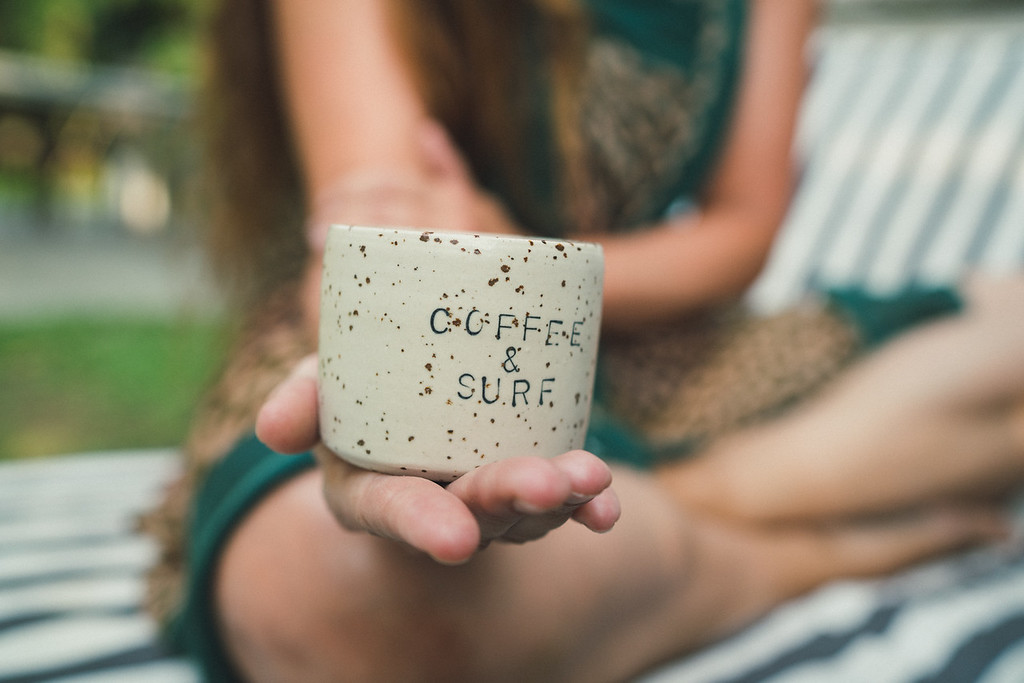 I was really curious to see how it’s developed since my first stay. I enjoyed my time so much the first time, and they had just opened when I came. I also loved that it’s the perfect place to surf, eat, sleep, and repeat. There’s a difference now, of course. It has a more resort-like feel and the organization is more polished. You have social hosts and a planned schedule of what the day will look like. What’s really cool though has been seeing the local employees that have been here since the beginning. They’re all still here, which I think is a good sign in a company. Bandula (the chef at Sunshinestories) is still here cooking and Suresh (manager at Sunshinestories) is here as well. He even recognized me and was so excited to see me back here.

I actually initially started my idea of a career as a potter 20 years ago. I lived in Greece, learning methods of pottery and started to go towards the direction of becoming a potter. However, I started to think that I couldn’t make a living doing it. I thought that there was no way I’d ever be able to make enough pottery to sell. So, (naturally) I went back to Sweden and became a scientist instead. I went to Holland and Australia, studying for my PHD in analytical chemistry. I ended up working as a Senior Scientist Chain Manager in the pharmaceutical industry in Copenhagen for 8 years.

But pottery was always in the back of my mind. While I was working as a scientist, I found myself back at the wheel, back in pottery. It’s somewhat like meditation for me. It’s a place where I can forget about time and just live in the moment. I always thought pottery would just be there for me when I retire. But then, I joined a project collective which allowed me to do more pottery. I started to think – what if something happens to my hands when I get old? I realized it was a love that shouldn’t wait. So I bought a bunch of pottery wheels and a studio in central Malmo, Sweden.

I realized it was a love that shouldn’t wait. 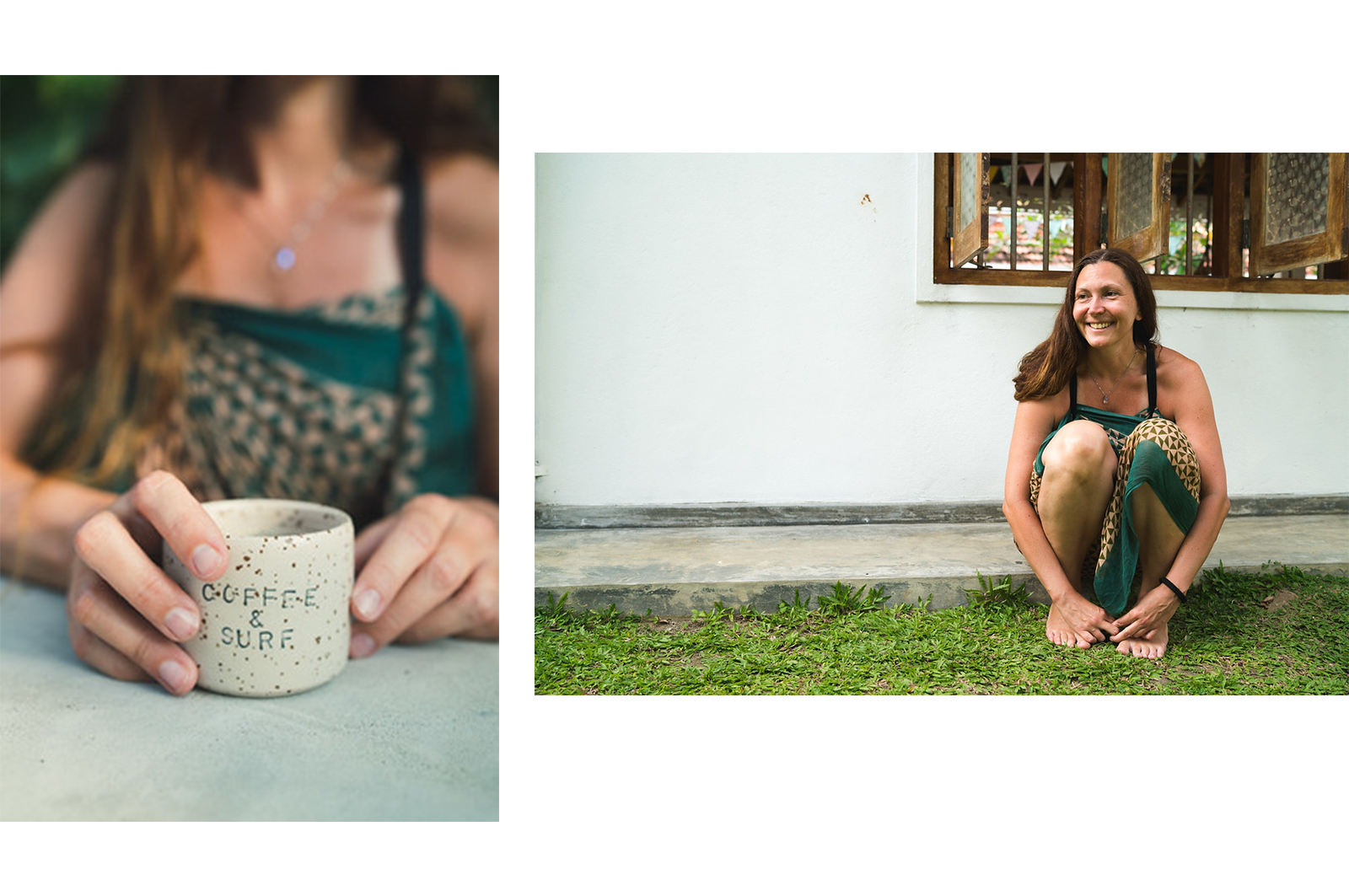 I took a leap of faith and opened The Clay Lab – a pottery studio. It’s really central to the city and a visible place where people can come and take courses. It’s a space to come and relax, learn about pottery, and enjoy it as a one time thing or an extended course. It’s really an open-ended experience for all levels of people. Sometimes people come with a real interest in wanting to make something, and others just want to try something new for a night.

I like that pottery has a lot to do about mindfulness. In a way, it’s the same as surfing. You really can’t think about everything else going on. You just have to be in the now and focus on what’s in front of you. You even have some of the same elements. In pottery, you get elements like earth, water, fire, and air. With surfing you have two. One of the main differences is that surfing is never as exact as pottery. No wave is the same. With pottery, you get to see something all the way through and have a finished product at the end. Its rewarding. With the opening of The Clay Lab, doing to jobs started to become impossible. So as of January 1st I quit my job as a scientist to do pottery full time. I don’t see it as a dream, I see it as something I have to do. If I can’t do both well, I have to stop and focus on one.

I like that pottery has a lot to do about mindfulness. In a way, it’s the same as surfing. You really can’t think about everything else going on. 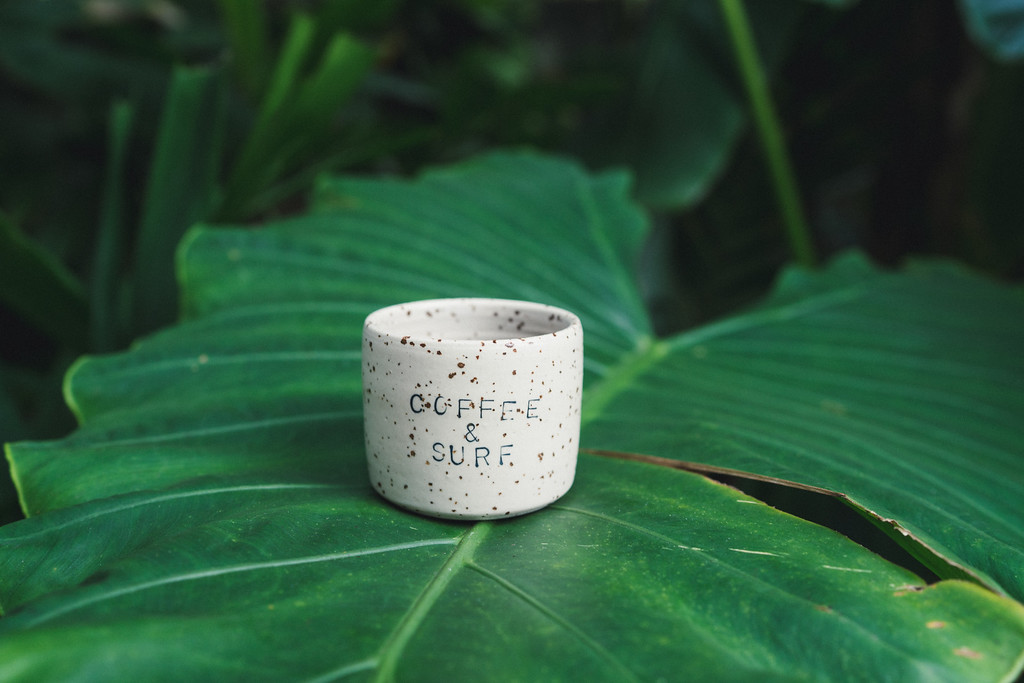 I still love science and may even pursue it again in my future. In a way, they’re not so different, pottery and science. There’s a lot of chemistry in the glazes and the physics behind shaping your material. I even use a lot of the project management skills I learned in the pharmaceutical industry and apply it to how I shape and organize the pottery courses.

You can’t do two things well. If you say yes to one thing, it means saying no to something else. During my time researching, I didn’t do pottery for 10 years. I took it up again in 2013 and started doing it once a week. After I joined an art collective, I had a space to go to and furthered my time spent on pottery.

If you say yes to one thing, it means saying no to something else.

I started to put some of my pottery on Instagram. All of a sudden I had people reaching out asking if they could purchase 6 of one thing, or 10 of another. I started to think, well if one customer wants this, maybe other people will too. I never thought I could make a living selling cups. But Instagram was the seed. It was really the driving force to start looking for my own studio and once I found it I started selling pottery and sharing my passion through pottery 6 week courses.

I think social media has a large role in driving students to get to the pottery wheel. Sometimes they’ll see a picture of something they want to create and become inspired. Some people just think it’s fun. Some people are looking for an activity that lets them be creative. I like that people get to come into my space, touch the material and the clay and see if it’s something they’d like to do. 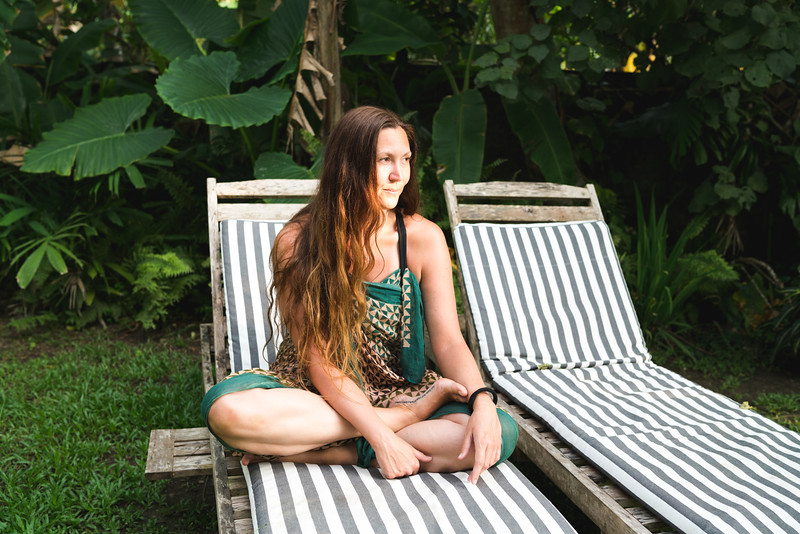 Just do it. You can always go back. You only have one life that we know of, what do you have to regret? It’s always better to try and fail then to not try at all.

You only have one life that we know of, what do you have to regret?

Yes! I thought of taking some sand from the beach here and mixing it into the clay. Sand melts at the same temperature of clay, so I hope it will work. I also think incorporating some of the colors here would be nice. In Sweden, design is very grayscale and strict. It might be nice to add a pop of yellow or pink to add some of the brightness of Sri Lanka.