Today we went to take a closer look at the Panama canal. It was pretty amazing!

Panama wouldn’t be Panama for the Panama Canal. It’s a brilliant idea, uniting the northern and the southern sea, the caribbean and the Pacific, making world trade easy and even possible the way it goes today. Back in the days they hiked with the gods the very same jungle route as the the large vessels today slowly pass by in this super cool masterpiece of engineering, the panama canal. It took the attempt of three different nations and one hundred years to build this thing. Now it’s done and without it Panama would probably just be another rainforest.. Each one of the bigger vessels that pass by pay about 400.000 dollars to pass. Cheap compared to going around south america, which would cost more than 10 times as much in fuel. Both of these ones where in that weight range, 400.000 dollars. 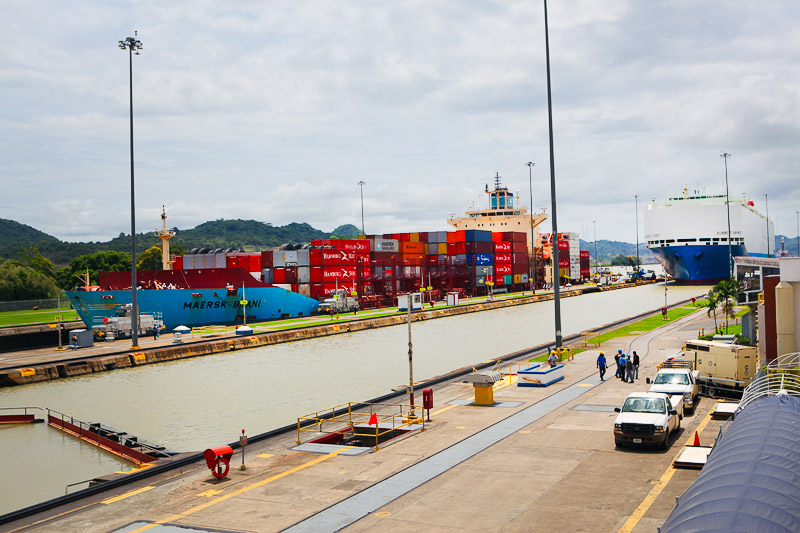 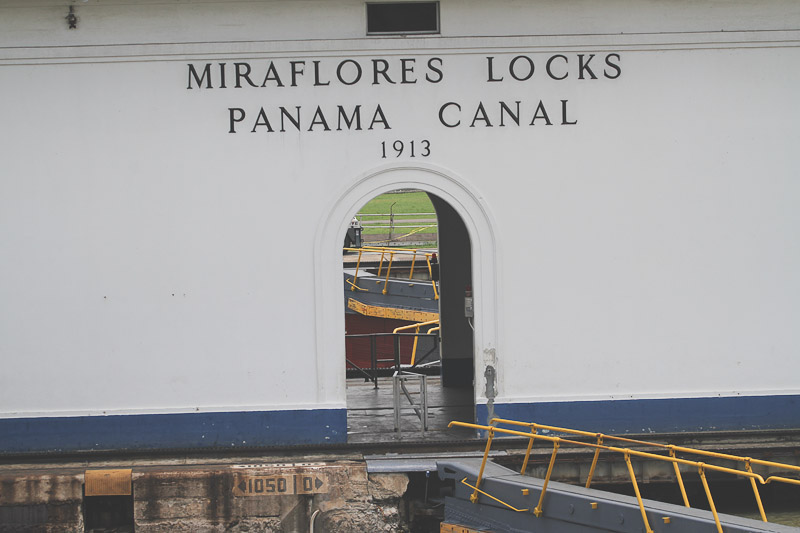 It was pretty cool to watch the huge vessels pass by in the locks, so close, so big, and such a big thing to do, sail through a country just like that. We where lucky to see two reaaally big ones pass by at the same time. 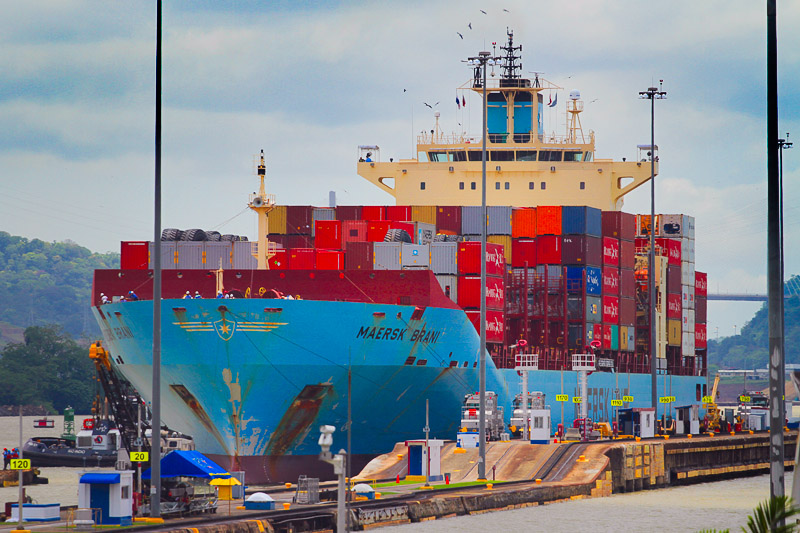 They closed to lock and let started to pump out the freshwater. 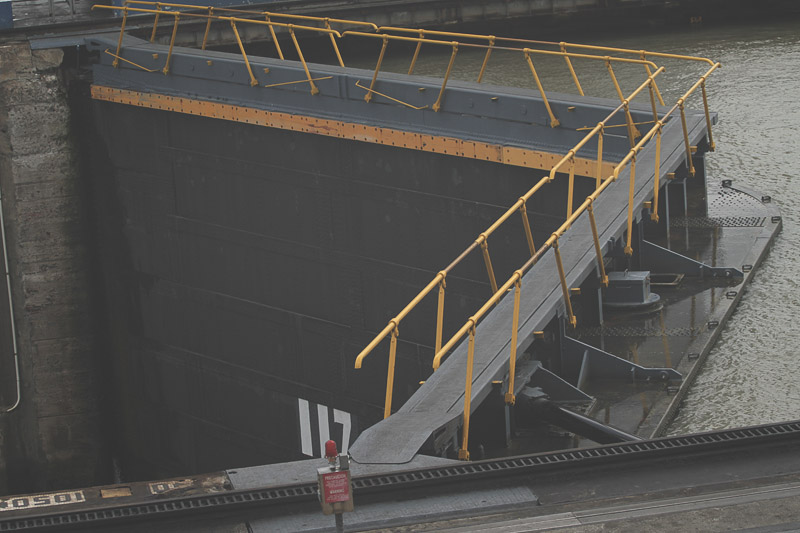 The second boat got into possition. Boats worldwide are built to fit this canal, se how tight it is on each side, like 1ft max. 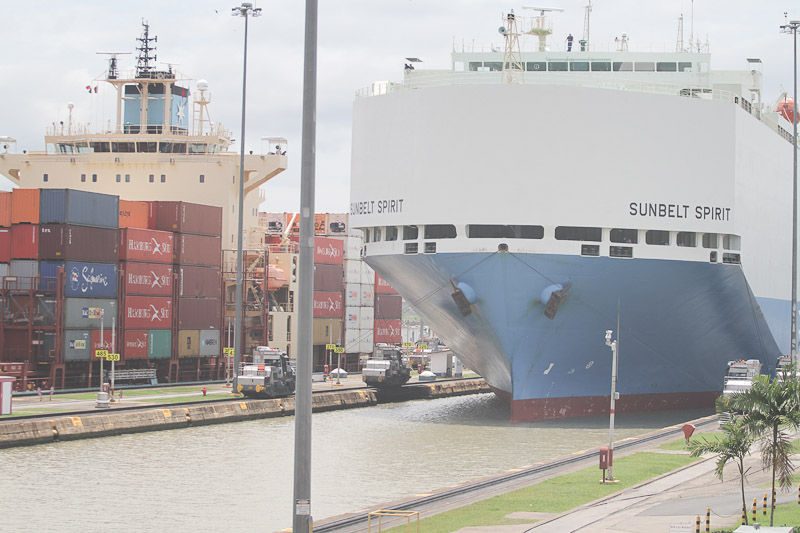 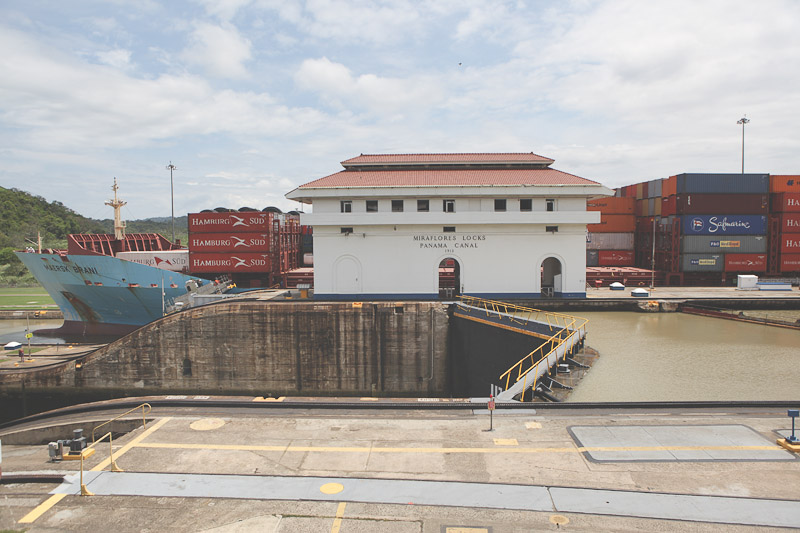 A dynamite went off in the construction of buidling a new canal next to this one that can handle bigger ships.. Such a project. To build the existing canal they removed land mass enough to fill train wagons that would go around the world four times. 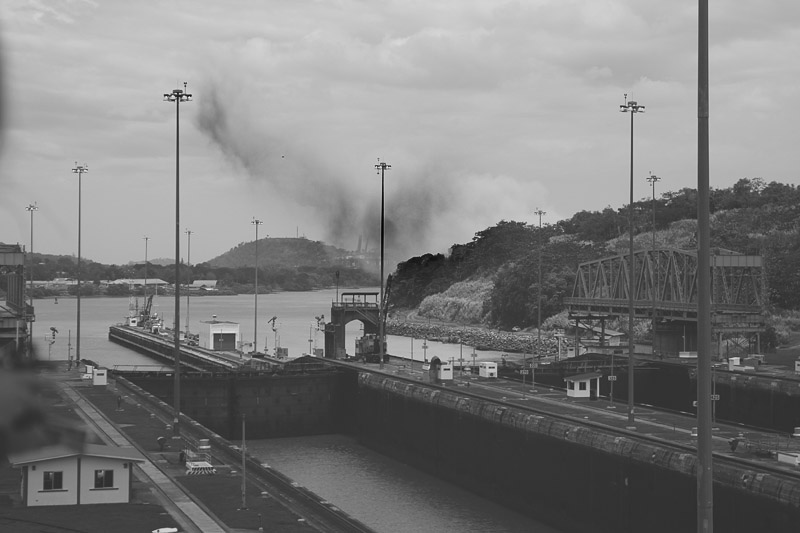 A cruizeship was next in line. 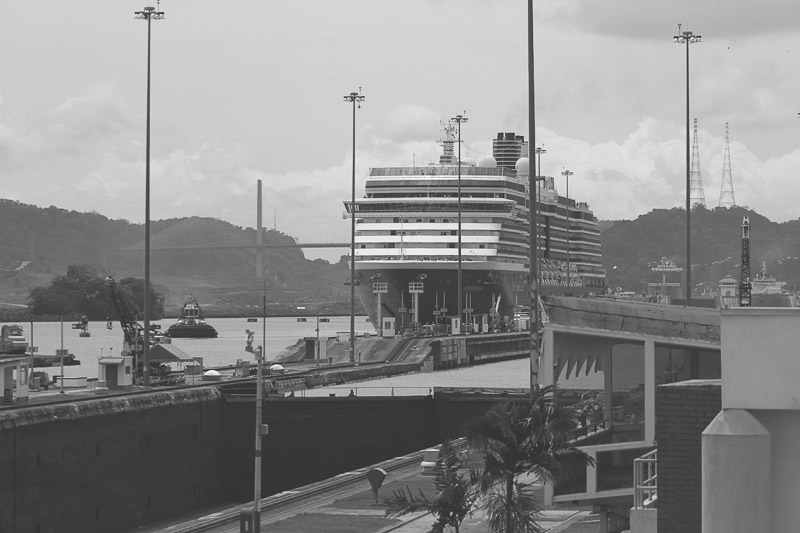 The deck was so close to us, and in the same level when it got lowered. The staff was out and happy to see new faces i guess, we where standing pretty close! 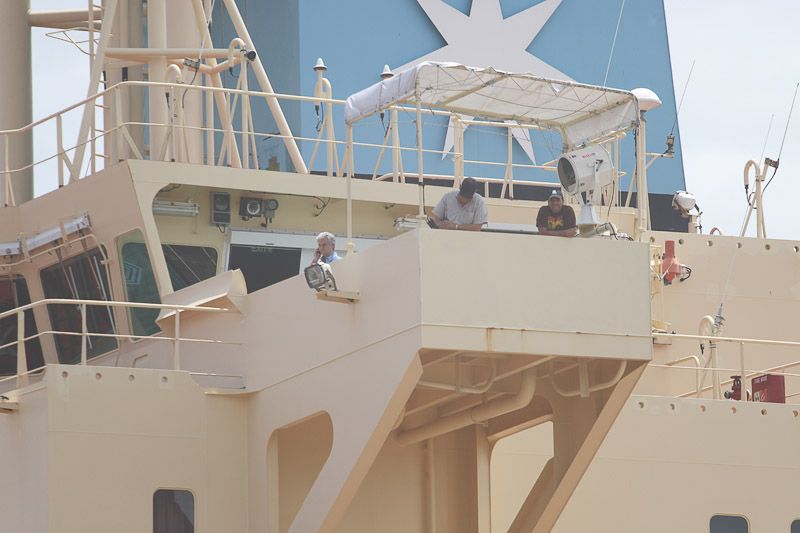 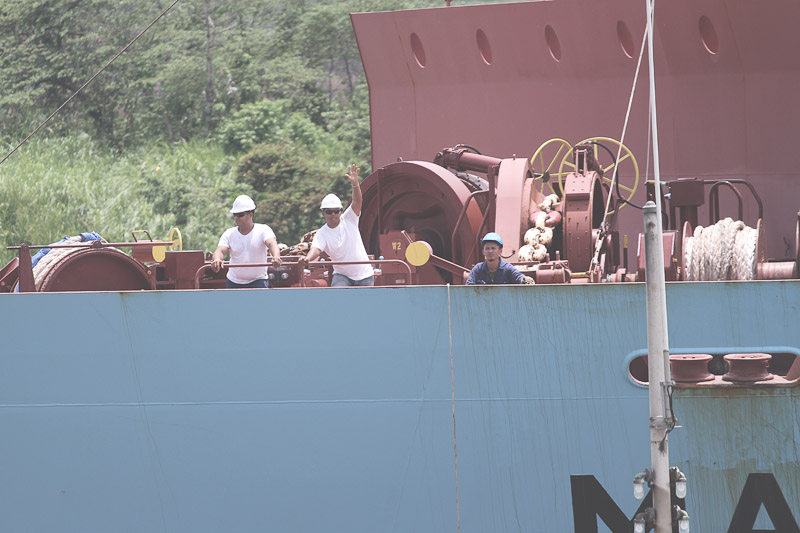 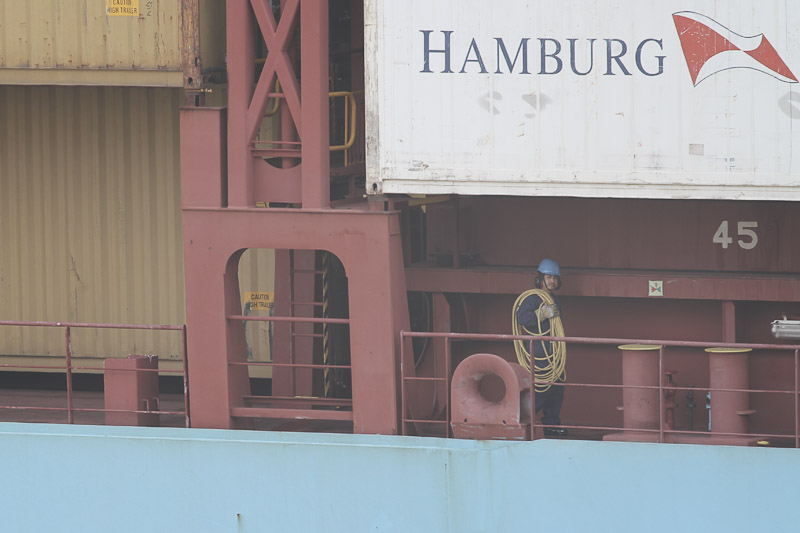 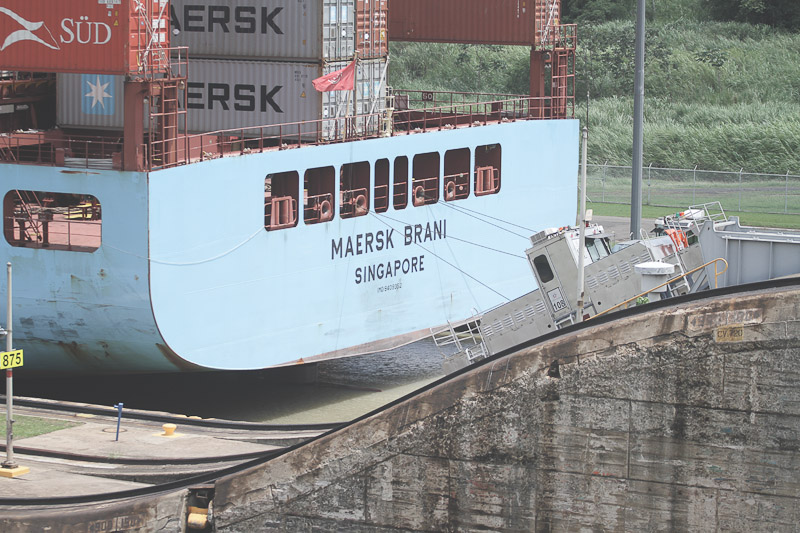 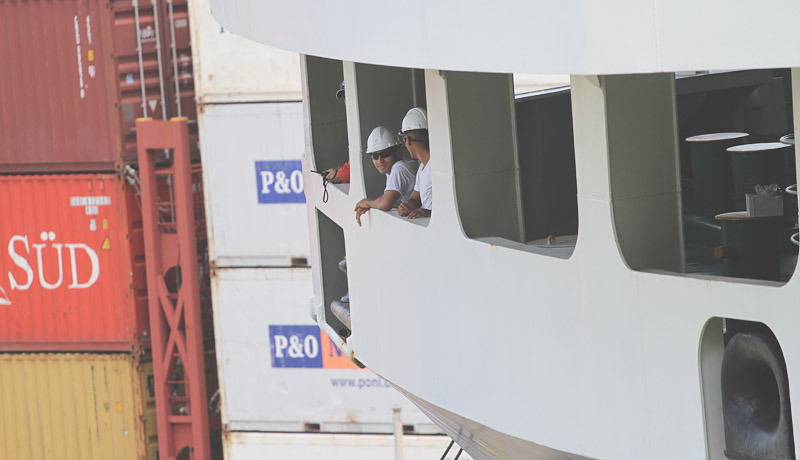 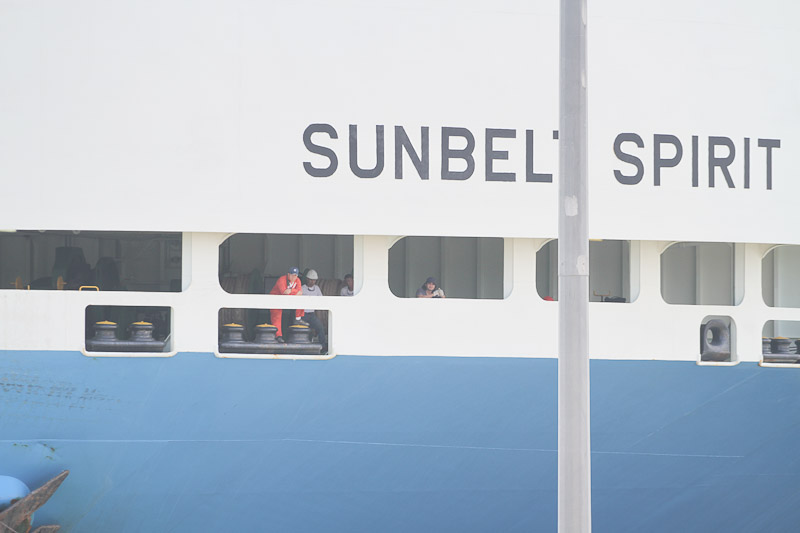 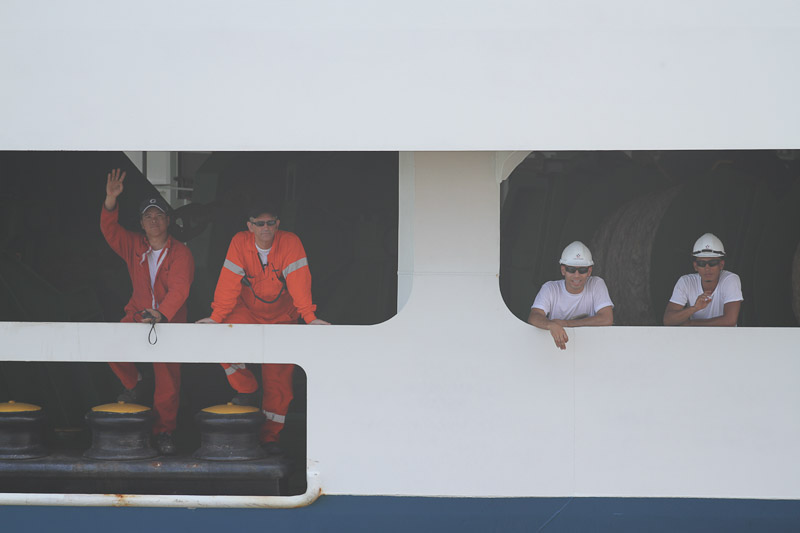 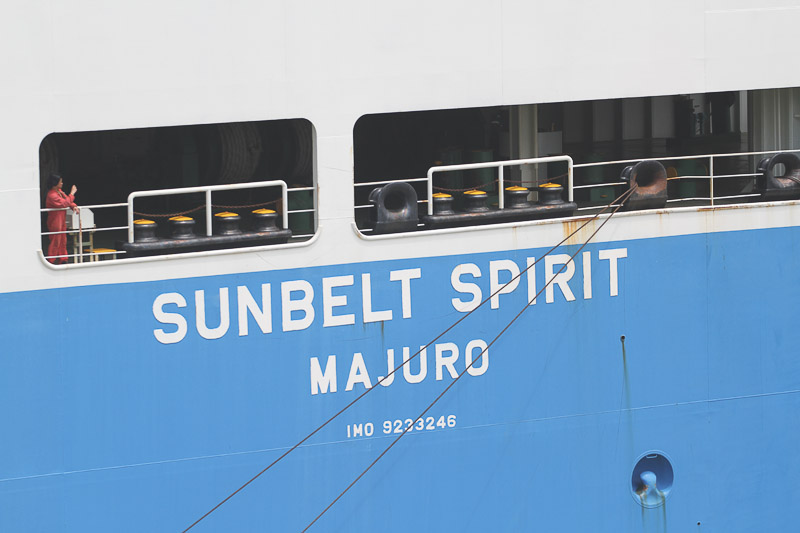 This little guy probable work in the machineroom or something, he was soo stoked to see us and wanted us to wave so that he could capture it on film. 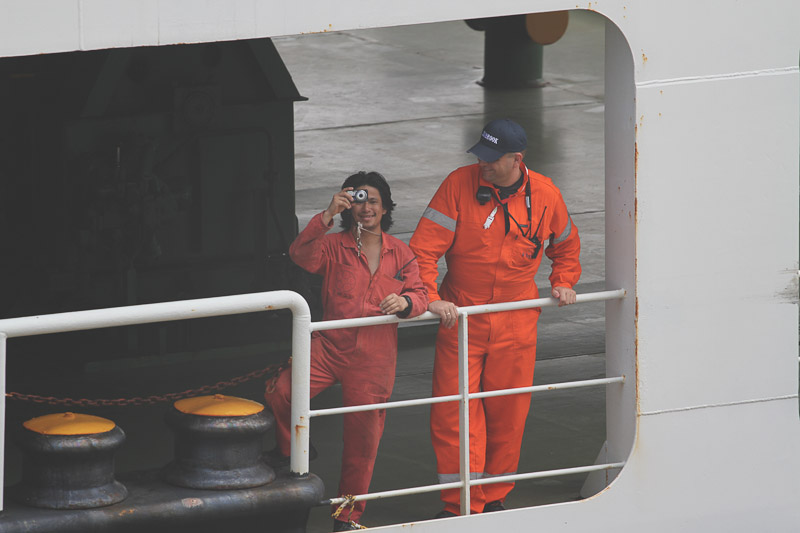 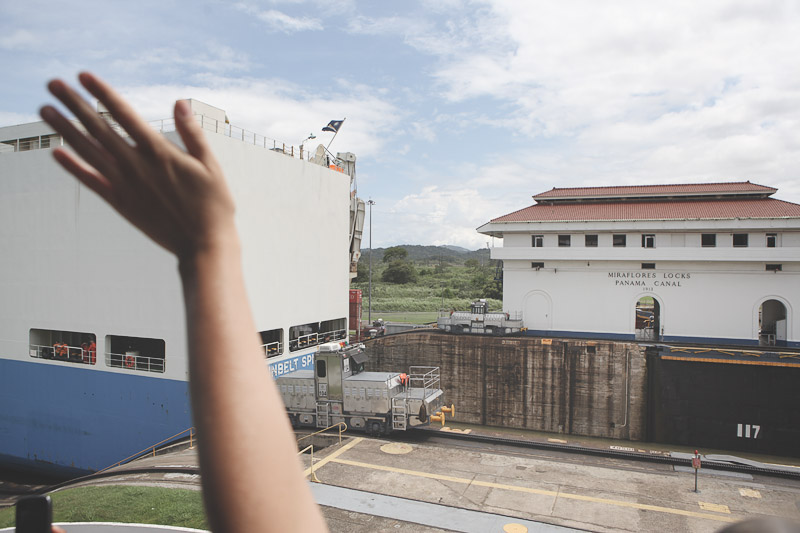 One response to “The Panama Canal”